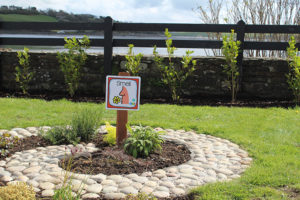 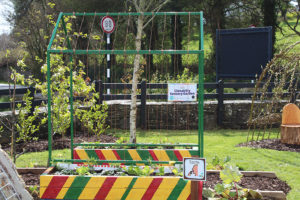 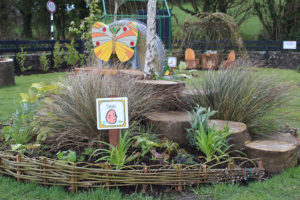 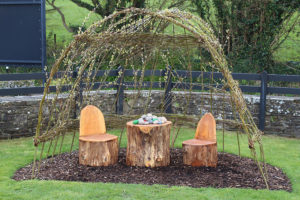 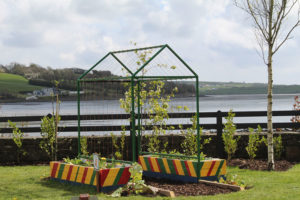 On a rather blustery and cold Saturday (6th April), the Tidy Towns along with key sponsors Supervalu, local politicians and the wider Clonakilty community gathered at the newly completed sensory garden, which has been positioned on the grounds of the Model Railway village and overlooks Clonakilty Bay. We were delighted to go along to the official opening and see such a fantastic resource unveiled.

The garden is another example of how accepting the town is of people with autism and indeed additional needs in general. The Clonakilty Autism Friendly Town committee , after several group meetings and long discussions, gave the go ahead and work went underway in January of this year and the true essence of community in Clonakilty was clear in the huge amount of work that went in to this amazing project in just a few short months.

Clonakilty Mayor Gretta O’ Donovan said that she was delighted to be there, on such an occasion and delightedly thanked anyone who was involved in the project. Eoin Scally of Supervalu based in the town said he was thrilled to have seen the completion of the project and acknowledged the huge efforts of the Tidy Towns group in Clonakilty and other locals who had given up their time to ensure the completion of the garden. David Mitchell, a local author based in Ardfield was special guest on the day and officially opened the sensory garden. He provided a moving tribute to all members of Clonakilty Tidy Towns, who he said had provided a garden that will change and grow with the different seasons, much like the people who will use it. He thanked everyone in Clonakilty, from the people present on the day to the people who work and are active in the community. He showed his appreciation and a resounding ‘fair play’ to everyone who helps those  with additional needs and for being patient and kind. He said he was very much looking forward to bringing his own son to enjoy the sensory park and predicted that it was going to be a huge hit with all kids.

Sensational Kids were delighted to furnish the sensory room on the day and provided an array of sensory specific items, such as lava tiles, lava lamps and timers. These are some of the most popular items that we stock in our child development store in Clonakilty. The day involved a sensory screening of a movie in the Park cinema and a train ride around the town courtesy of the Model Railway Village.

This garden perfectly illustrates how great, diverse and accepting Clonakilty is. We are so lucky to live and work in a town that others are inspired by, a community that is so connected that we feel the need to provide places, such as this garden for all people to enjoy. We were the first autistic friendly town in Ireland, and it is refreshing to see so many autism friendly shops, restaurants and businesses around Clonakilty. It is a privilege to say that we are now part of this amazing community and indeed something very special.