When to Seek Help For Speech Sound Delays 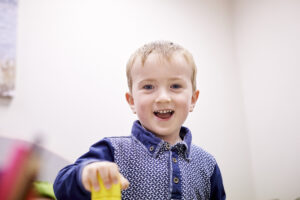 You may have noticed that your child has difficulty pronouncing some sounds and may do things such as substitute one sound for another, leave sounds out, add on sounds, or change a sound. This can make it difficult for people to understand your child and can impact on your child’s confidence, socialisation with other children, and motivation to communicate.

It is normal for young children to say sounds incorrectly, and it is an indication that their speech sound systems are developing and maturing. There are some typical ‘processes’ that children will do, referred to as ‘natural phonological processes’. These processes have age norms which indicate the age at which a ‘typically developing’ child will stop doing them by. They include the following:

If your child is still doing some of these processes a significant time after the appropriate age of elimination, it is likely that your child has a ‘phonological (speech sound) delay’.

In addition to these processes there are some atypical processes which children may present with and are not seen in typically developing children. If your child presents with some of the following patterns it is likely they have a ‘phonological disorder’ (i.e. ‘speech sound disorder’).

It is important that if you think your child may be presenting with a phonological delay or disorder you attend Speech and Language Therapy for intervention. Approximately 2 children in every class of 30 will have speech difficulties (Norbury 2016), and the impact of speech sound difficulties can be long lasting, with evidence suggesting that children need to be intelligible by 5 or they will have difficulty with literacy and subsequent academic achievement (Hodson 2015).

Direct Speech and Language Therapy for the treatment of speech sound difficulties is appropriate for children aged 3+. Intervention before this age has shown to not be valid nor reliable, and prior to this age children’s speech inventory is constantly developing and changing. Your Speech and Language Therapist will formally or informally assess your child’s speech production and for an intervention plan which is individualistic to your child’s needs and incorporates personal goals into therapy.

In addition to this, you can facilitate your child at home in their speech development in the following ways:

If you don’t understand – don’t pretend to!

Reassure the child and acknowledge that talking can be difficult e.g. “I think you are trying to say something hard and I am not sure what it is. Maybe we can find out later”. Remember it takes time to develop a new speech sound and use it in conversation.  Be patient and practise regularly!