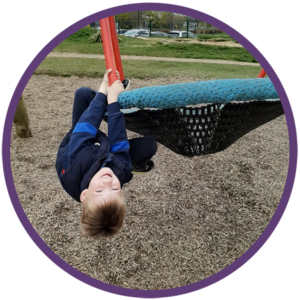 “My son speaks with confidence now.”

Six-year-old Alan from Dublin attended Speech & Language Therapy at Sensational Kids for seven months to work on certain speech sounds that he had been struggling to pronounce. Alan’s mother was concerned about his speech sounds but also Alan’s shyness and the fact he struggled to speak up and make friends. “Other children would say hi and Alan wouldn’t respond as he was afraid to talk.”

Since starting Speech Therapy at Sensational Kids, Alan’s confidence has grown. His class teacher has even remarked on the changes and has said Alan now puts his hand up in class and speaks with confidence. Alan’s mum says Alan talks to everyone now and has lots of friends.

Alan had been on a public waiting list for two years and had received four face-to-face Speech Therapy sessions, but his mum said it was not enough to improve his speech sounds. Alan’s mother is so happy to see her little boy speak up and grow in confidence.

Alan’s mum would encourage other parents to seek help if their child is struggling with their speech.  “Attending Speech Therapy at Sensational Kids has changed my shy boy into a confident person who loves to play with his friends. It makes me so happy to see him flourish.”